The Vocabulary of Archbishop Vincenzo Paglia 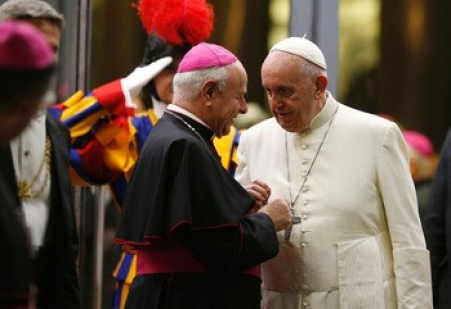 The meaning of Life

The Gospel of Life

Abp. Paglia about the Encyclical Letter: Fratelli Tutti. Fraternity will resuscitate us

How to rebuild Pace and Justice

DIFFERENT FROM BEFORE by Valentina Calzavara Daniele Ferrazza

In this book, Archbishop Vincenzo Paglia, President of the Pontifical Academy for Life, has made the following remarks about Covid-19 and its consequences worldwide.

"Without question globalization, if on one hand it has made enormous progress, on the other hand, when left at the mercy of the market and of the profit alone, and not of democracy and solidarity as well, has increased and aggravated instability in creation and inequalities in humanity.

"The rediscovery of our mortality has triggered a survival instinct of which the political classes of the West have become uncritical interpreters: we have moved from underestimating the epidemic, for fear of the economic consequences, to the general lockdown to “save” one’s fellow citizens. The measures have also been partially adopted in those areas of the world that have not in the least changed their life systems in the presence of the causes of death that every year wipe out millions of human beings: malaria, tuberculosis, Ebola, HIV, hunger, famine, conflicts. But in those parts of the world we haven’t seen any images of cities become deserts and populations locked in their houses. Three quarters of mankind continue to be resigned or aware of having much lower life expectancy. This is the opportune time to bring death back to the horizon of human existence: the question of death has in fact been buried, not erased. For those who do not believe this is an opportunity not to deny that mortal horizon. For those who believe this is an opportunity to listen to the voice coming from above. It is a chance to awaken our conscience numb by a self-centered, narcissistic well-being. We are all hearing that ancient warning louder: you are not immortal! "

“Thick darkness has gathered over our squares, our streets and our cities; it has taken over our lives, filling everything with a deafening silence and a distressing void, that stops everything as it passes by; we feel it in the air, we notice in people’s gestures, their glances give them away. We find ourselves afraid and lost.   If the “pandemic” affects everyone; if the best response to it is unified and worldwide; if solidarity makes us accountable to each other, we have an opportunity even now to trace out the key elements of the future that we want to build.  It is not true, in fact, that after this nightmarish pandemic parenthesis everything will be the way it was before.  Will tomorrow be better? It's not certain.  This is what I deal with in the second part.  The strength of our response will depend on how we handle this time, how creative we are in imagining the future, how boldly we strive to overcome the countless challenges we face.  We must be aware that we cannot simply try to do better what we have already been doing.  We need a paradigm shift, a new model of development.  Even now we need to reflect on understanding the present and foreseeing the future.  For a fuller introduction, I recommend the document “Pandemic and Universal Brotherhood,” presented to Pope Francis on March 30, 2020, which the Pontifical Academy for Life developed as its contribution to reflections on the pandemic which are being carried out in the world of scientific and humanistic research.

Abp. Vincenzo Paglia was appointed President of the Pontifical Academy for Life on August 15, 2016. 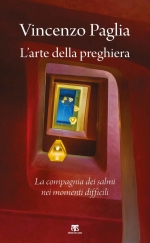 The art of prayer. The company of the Psalms in difficult times.

From the introduction: "The whole life is in the psalms: from when we were still in our mother's womb, to birth, youth and old age. The psalms show us that the Lord also examines the depths of our hearts, with their hopes and anxieties, sorrows and joys, disappointments and desires; He also sees injustice, wickedness, oppression. The psalms urge the believer to turn to the Lord to praise and thank him, to beg and call upon Him, to ask for forgiveness and help, or to claim justice and to ask for harsh repression of those who operate evil. In short, in the psalms every man finds himself in his body, soul, feelings, life. Through them he is immersed in the whole of creation. The entire Psalter, still today, remains one of the sources where to draw the depths of man's mind and heart. Everything in the psalms is dialogue, confrontation, prayer: God and man speak to one another. Saint Augustine effectively summarizes the entire Psalter thus: "If the text is prayer, pray; if it is a groan, groan; if it is gratitude, rejoice; if it is a text of hope, hope; if it expresses fear, fear. Because the things you feel in the biblical text are the mirror of yourselves "1. As you can guess: in the school of psalms we learn the art of prayer ". www.edizioniterrasanta.it