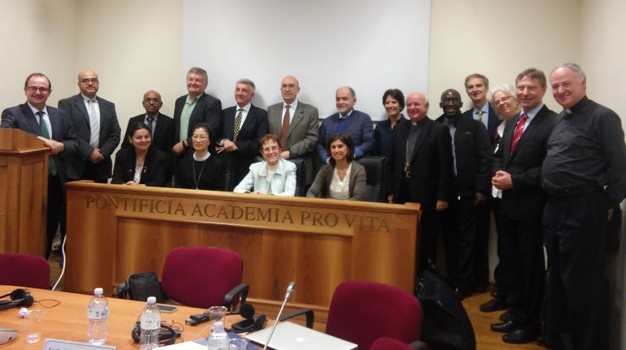 During the first PAL-LIFE meeting, which was held in Rome on March 31 and April 1, 2017, the participating experts provided a description of the growth of palliative care (“PC”) throughout the world, highlighting in particular the opportunities and barriers to its further development and implementation in various geographical-cultural contexts.

First of all, the growth of PC is a not homogeneous, even within individual geographic regions. There are many factors that influence the development of PC, beyond what are traditionally considered most significant, such as economics (Sr. Yong). In Europe, for example, where PC is probably most fully developed, two factors have been crucial: the presence of charismatic figures able to promote the special character and value of PC in specific socio-cultural contexts, and the ability of persons in those various contexts to translate the "novel" concept of PC into working programs of formation and research (C. Centeno). In developing countries, the commitment of churches and charitable organizations to health care and education offers one of the principal opportunities for the diffusion and development of PCs. In some contexts, social capital is still a resource that can support activities benefitting needier population groups. In Africa, for example, social capital has given rise to PC delivery models that are "created" locally and are “original,” compared to models imported from other countries (E. Luyirika).

The biggest obstacle to the development of PC programs globally is the lack of awareness of their existence and specificity. This "ignorance" affects all stakeholders—ordinary citizens, media that provide information about end-of-life issues, healthcare professionals, including facility administrators, and government officials.

Another obstacle is present within the medical community, which does not always "intend" what PC offers. Some representatives of contemporary medicine, limited by their “scientific” orientation, consider a holistic approach to the patient, with the special importance that PC gives to psychological, social, and spiritual care of the sick and their families, as a kind of "do-gooding” that is of course possible, and even praiseworthy, but not essential to clinical medicine. PC is thus "trivialized" (E. Bruera) and many healthcare professionals resist integrating PC into the protocols they develop for their patients. Similar obstacles are set up by hospital administrators who devise structures based on a “health as a product” model with measurable results. Of course, based simply “on the numbers,” any care offered to incurable or terminally ill patients is inherently a “bad investment.” In the view of those administrators, PC represents an expense that is hard to justify because it is delivered to patients whose prognosis is death, not healing.

In many societies, PC also suffers from cultural misunderstanding, albeit for varying reasons. In some cultures there is resistance to the use of opioid analgesics because their use is misunderstood or because of their possible side-effects that are compared to euthanasia. In other cases, it is the misuse of certain PC procedures (e.g., deep sedation) that leads to opposition. Misinformation and economic reasons are the basis for the lack of governmental enthusiasm for PC that is common everywhere, and they are responsible for the scarcity of funding for PC, even when governments are generally willing to fund other types of care. (D Mosoiou).

It is important to overcome these cultural barriers that, both in and out of the medical profession, refuse to recognize the problems that PC wants to address, as well as PC itself, even to the point of open hostility—a kind of “palliphobia" ( E. Bruera).

Another potential barrier to the implementation of PC mightcould have its genesis, if we can use that term, in PC itself. PC runs the danger of losing its specific differences, such as its holistic attention to the person, to concentrate on symptoms and organic conditions, forgetting what in the patient is intangible. (C. Centeno). This danger can be glimpsed when spirituality is treated as only a complementary aspect of research rather than a primary one. (Ch. Puchalski). Spiritual accompaniment is an indispensable element of assistance to the seriously ill or terminal patient: for many of them, the priority at the end of life is to be at peace with God and to pray (E. Bruera), and leaving them in a situation of spiritual suffering easily results in their asking for assisted suicide.

In many countries, governments and organizations give no formal recognition, and therefore no adequate support, for PC activities by governments; but also in countries where such recognition exists, it is often just "pallilalia" (E. Bruera), "all talk" that takes on a purely formal character and remains completely ineffective on a practical level.

In some ways overarching poverty and a lack of developed PC go together. For example, a serious problem in many geographic-cultural areas is the limited access to opioids for pain management (S. Alsirafy). The concerns in this area are the same as those noted in recent decades in developed countries—the fear of creating dependence, the fear of causing death, the lack of trained pain management technicians. These are some of the reasons why government PC policies, are not implemented, even when they exist. The result, however, is that under these conditions death is terribly painful (in India, for example, twenty percent of suicides are committed by persons with a chronic illness) (M. Rajagopal). A characteristic that is increasingly shared between developing countries and those in the West is that social capital, once an important resource, is almost completely exhausted. This lack will open the doors, socially and culturally, to euthanasia, which in many societies finds one of its chief justifications in absence of adequate care for the dying. (K. Pettus).

The lack of a specialized personnel is a factor that, worldwide, limits the development of PC (Sr. Yong). Nevertheless, especially in countries where PC is less developed, the training of specialized healthcare professionals is a priority that should make use of international cooperative training programs. (L. De Lima); and it is true that many countries are dependent on foreign aid for numerous aspects of their benefit programs, including their PC programs (E. Luyirika).

Even faced with these conditions, which are not without their obstacles, the scientific PC community is confident that, where it tries to bring about an increase in PC possibilities in a given area, it will also be able to take credit for general improvement in medical and societal culture in that same area. (M. Rajagopal).