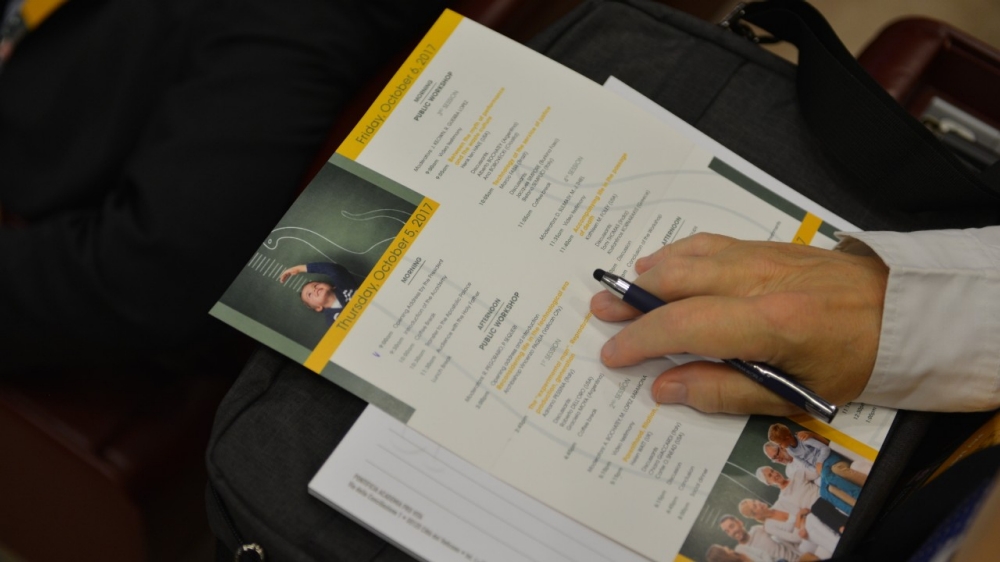 Vatican City - October 6, 2017. The Assembly of the Pontifical Academy for Life yesterday centered on issues related to the prenatal and birth phases reflecting on the risks of reproductive technology. Today it continues speaking about the different periods of life, until accompanying in the passage of death. The Assembly is in the Paul VI Hall; there are 200 scholars from 36 countries in the Five Continents.

"We work to have a science at the service of humanity and able to reduce not to increase inequalities. As Pontifical Academy for Life, following the mandate of Pope Francis, we are looking for travel companions to reflect together, to face the challenges of inequality and the technologies that want to change human life. It is necessary a new alliance between men and women to work together, overcoming men chauvinism and feminism, to work together between men and women in all fields of social life”. So said Archbishop Paglia President of the Pontifical Academy for Life, summarized the importance of this Assembly.

Professor Ten Have Henk Director of the University of Pittsburgh's Bioethics Center, along with Mgr. Alberto Bochatey, auxiliary bishop of Plata (Argentina) and Ana Borovecki (Zagreb), opened the day focusing on the effects of "neoliberal globalization policies that are producing growing inequality, making life precarious for so many people. A context of structural violence, injustice, exploitation has been created in the world”. "An increasing number of people and social groups have become superfluous, with no protection, in general disinterest”. We need an "ethical approach centered on the importance of the human person" to "take care" of each other. "From an ethic of globalization - insisted Msgr. Bochatey - we should go to an ethic of the common good”.

Professor Marcio Fabri, Brazilian, said in his intervention that technology has to serve justice. The concentration of power in the hands of few technocrats, generates injustice. Theologians Jacques Simpore denounced the anti-humanistic way of a technology disconnected from ethic. Professor Stefano Semplici, Tor Vergata University  (Rome), asked to build networks for co-operation and sharing knowledge, as a way to  overcome the imbalances between nations.

The end of the morning was devoted to study the effects of over-technology in the final stages of life. Professor Kathleen Foley (Usa) reiterated the need for a greater involvement in researches and development of palliative care. Tomi Thomas (India) suggested to carry out a special training on palliative care for priests and nuns. "So we could have nearly two million specially formed people in the world. They really could make a difference”. Theologian Kostantinos Kornarakis (Greece) emphasized the central task of the Catholic Church in helping men and women of our time to "find the meaning of their existence."

In the afternoon the Assembly continue with working groups divided into languages.

In the evening the participants at the Assembly will preview the artistic itinerary on the theme of Human Life in Vatican Museums. "With this itinerary, thanks to the precious availability and collaboration of the Vatican Museums - noted Archbishop Paglia - begins a fruitful cooperation between the Pontifical Academy for Life and the great international cultural institutions”.