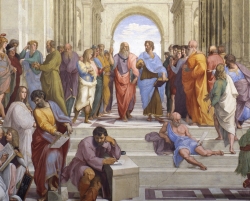 As a new area, Global Bioethics does not have an accepted definition and there is no demarcated description of this field that clarifies what needs to be covered and what not. At the same time there is a growing number of publications that are elaborating this emerging field  (cfr Henk ten Have - Bert Gordijn (eds.) Handbook of Global Bioethics, Springer 2014 or Henk ten Have, Global Bioethics. An Introduction, Routledge, 2016).

Recent texts of Pope Francis also encourage the approach of Global Bioethics: for example the Pope Francis’ Encyclical Letter Laudato Si or the Apostolic Exhortation Gaudete et Exsultate (see below). For this it will be helpful to articulate and elaborate this perspective for the ethical issues in healthcare and human life.

Generally, globalization, up to now, led to more private and commercial healthcare services and less social security and governmental protection. This has made healthcare more accessible for the wealthier members of societies while other groups became more vulnerable. The economic context of science and healthcare is furthermore associated with corruption, trafficking of organs and body parts, and scientific misconduct. If this type of globalization produces ethical problems, global bioethics will not be a different stage but a new kind of bioethics.

In this context the Working Group will start thinking about three questions:

a) how should we understand the notion of Global Bioethics as a new paradigm for the analysis of bioethical questions?

b) what do we think are the main topics central to the material articulation of global bioethics?

c) how does each particular perspective (cultural, religious etc.) inform the agenda of global bioethics?

Ideologies striking at the heart of the Gospel

100. I regret that ideologies lead us at times to two harmful errors. On the one hand, there is the error of those Christians who separate these Gospel demands from their personal relationship with the Lord, from their interior union with him, from openness to his grace. Christianity thus becomes a sort of NGO stripped of the luminous mysticism so evident in the lives of Saint Francis of Assisi, Saint Vincent de Paul, Saint Teresa of Calcutta, and many others. For these great saints, mental prayer, the love of God and the reading of the Gospel in no way detracted from their passionate and effective commitment to their neighbours; quite the opposite.

101. The other harmful ideological error is found in those who find suspect the social engagement of others, seeing it as superficial, worldly, secular, materialist, communist or populist. Or they relativize it, as if there are other more important matters, or the only thing that counts is one particular ethical issue or cause that they themselves defend. Our defence of the innocent unborn, for example, needs to be clear, firm and passionate, for at stake is the dignity of a human life, which is always sacred and demands love for each person, regardless of his or her stage of development. Equally sacred, however, are the lives of the poor, those already born, the destitute, the abandoned and the underprivileged, the vulnerable infirm and elderly exposed to covert euthanasia, the victims of human trafficking, new forms of slavery, and every form of rejection. We cannot uphold an ideal of holiness that would ignore injustice in a world where some revel, spend with abandon and live only for the latest consumer goods, even as others look on from afar, living their entire lives in abject poverty.

102. We often hear it said that, with respect to relativism and the flaws of our present world, the situation of migrants, for example, is a lesser issue. Some Catholics consider it a secondary issue compared to the “grave” bioethical questions. That a politician looking for votes might say such a thing is understandable, but not a Christian, for whom the only proper attitude is to stand in the shoes of those brothers and sisters of ours who risk their lives to offer a future to their children. Can we not realize that this is exactly what Jesus demands of us, when he tells us that in welcoming the stranger we welcome him (cf. Mt 25:35)? Saint Benedict did so readily, and though it might have “complicated” the life of his monks, he ordered that all guests who knocked at the monastery door be welcomed “like Christ”, with a gesture of veneration; the poor and pilgrims were to be met with “the greatest care and solicitude”.