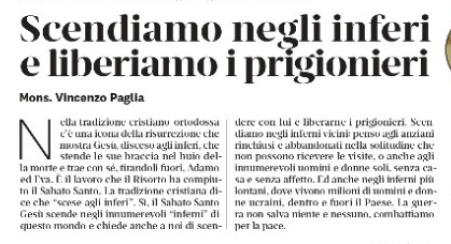 It was three o'clock on an April afternoon two thousand years ago, when "darkness came over all the land", not only over Jerusalem. Jesus had died on the cross. Also in April 2022 darkness came over all the land, not only over Kiev, the Jerusalem of Russia. But at dawn on the first day after the Sabbath in that ancient April, some women who had gone to the tomb of Jesus to perform the last pious actions, saw that the tomb was empty. At first they feared that someone had stolen him. The reality was different: Jesus had risen; he had not just come back to life, like Lazarus a few days earlier, but he had "risen", that is, he had been transformed so radically, he had conquered death once and for all. A new world had begun, freed forever from the power of Evil.

The Gospel continues to tell this amazing story. Even this year. There is something to be said: we are all plunged into a thick darkness because of the injustice and wars that plague the world. Pope Francis has spoken of "a piecemeal world war" several times. We might even say that "the world is falling apart". And dangerously so: all the pieces are in fact connecting to each other more and more clearly. The war in Ukraine is live streamed everywhere: it goes straight from the battleground to the television screens. No one is spared, no matter if adult or child. We all see the world falling apart, as if it is being bombed. And we helplessly witness all this, resigned to the inevitability of what is happening. (full text) 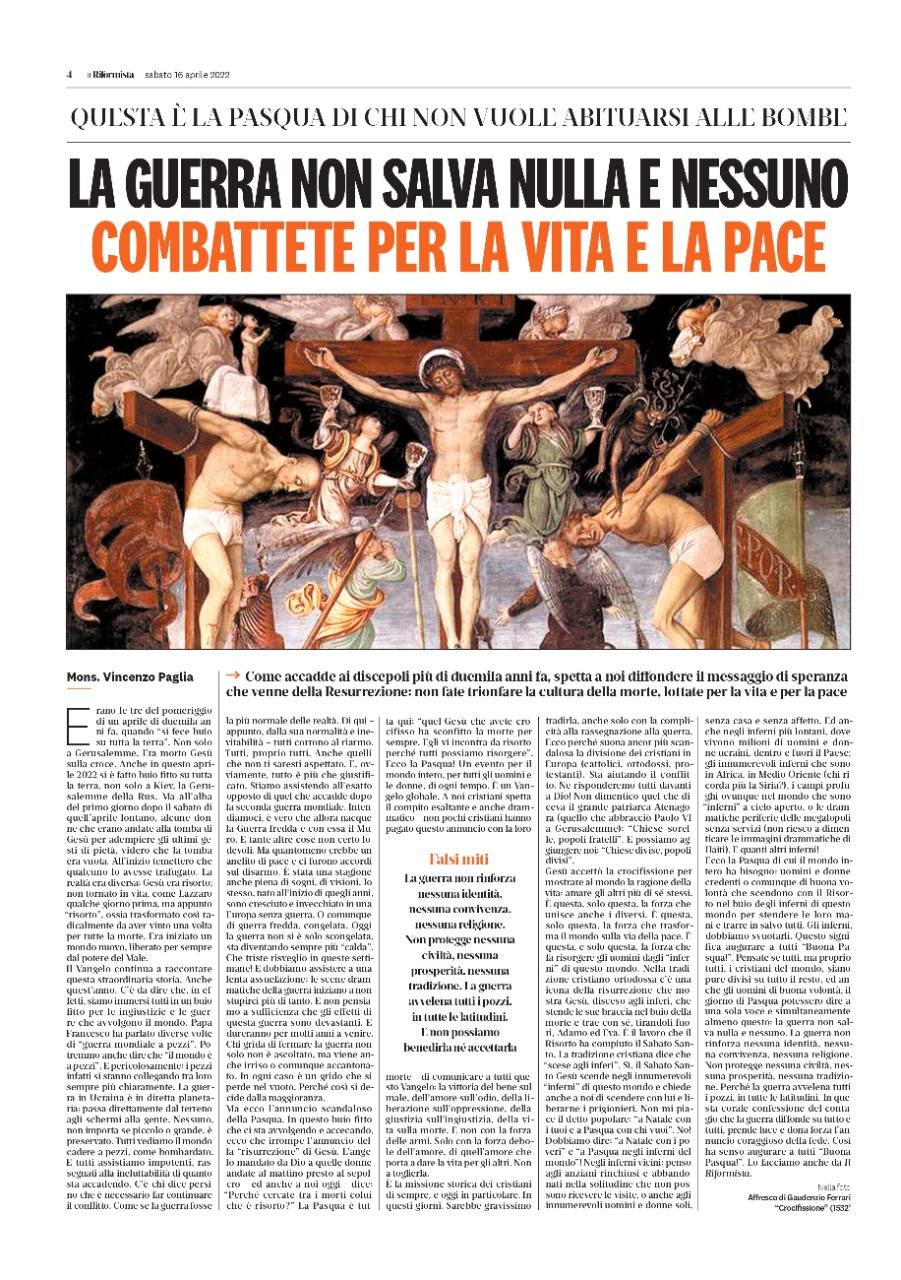