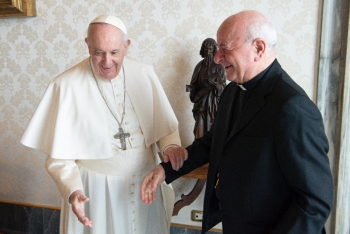 The ongoing conflict in Europe must be ended. Right now. Immediately. It is an ethical, human, historical and strategic need. We must also ask ourselves a crucial question: is the West falling into a trap? The question is legitimate, because it is time to ask ourselves who really wants this conflict, if there is a truly diabolical attempt to make us get used to war, to extend its scope and make it a real world war. Unfortunately, some people are starting to talk about it explicitly. Should we not, then, quickly and wisely pull the emergency brake? Immediately and at whatever cost? For example, at the cost of drastically cutting energy supplies with the consequent redistribution that this implies. But there is no doubt that it is better to tremble because of the cold than to tremble because of the war. Pope Francis has been warning us for some time: we are experiencing a third world war "in pieces." So many wars are already underway in different geopolitical scenarios! There are wars in scenarios far away from the West, in Africa or the Middle East or Asia, and now there is one within our own reality, in neighboring countries. The risk of getting swept away is very high. We are on the edge of the abyss. We cannot be insipient! (...)

Certainly in this dramatic scenario we must consolidate the diplomatic efforts. Peace talks and face-to-face meetings between the parties involved are welcome, such as the summit between the two foreign ministers of Russia and Ukraine scheduled for this week. But it is not enough. The West must not fall back into the logic of conflict, into the habituation that leads straight to a global war and the clash of civilizations. There is not and must not be a clash of civilizations for the pure and simple reason that the human community is one and one only, despite the diversity. We are one humanity, one human family, and our duty is the peaceful and civil coexistence among all of us, to resolve social, economic, cultural differences; we must not widen the gap. (...)

Unfortunately, the Christian Churches in this part of Europe are divided. A great Patriarch of the 20th century, Athenagoras, used to say: "Sister Churches, brother peoples". But now I would add: "Divided Churches, divided peoples". If the Pope's voice continues to rise to cry out for peace, to implore that wars - all wars - be stopped, and to warn that we are indeed on the brink of catastrophe, we must listen to it and return to the Gospel because it tells us a current story. Jesus overcame the trials (the temptations, mentioned in last Sunday's Gospel) by refusing to submit to the logic of evil in order to follow the "weak force" (which is actually powerful) of the word, that of peace. Then, he stopped the hand of the disciple who wanted to oppose His arrest with his sword, and in doing so he accepted to die unjustly. And from there began the Christian revolution that changed our world forever. It’s happened before, it must happen again now, to defeat this new madness. And war is always madness, without justification, without future. We must build the future, not nip it in the bud. 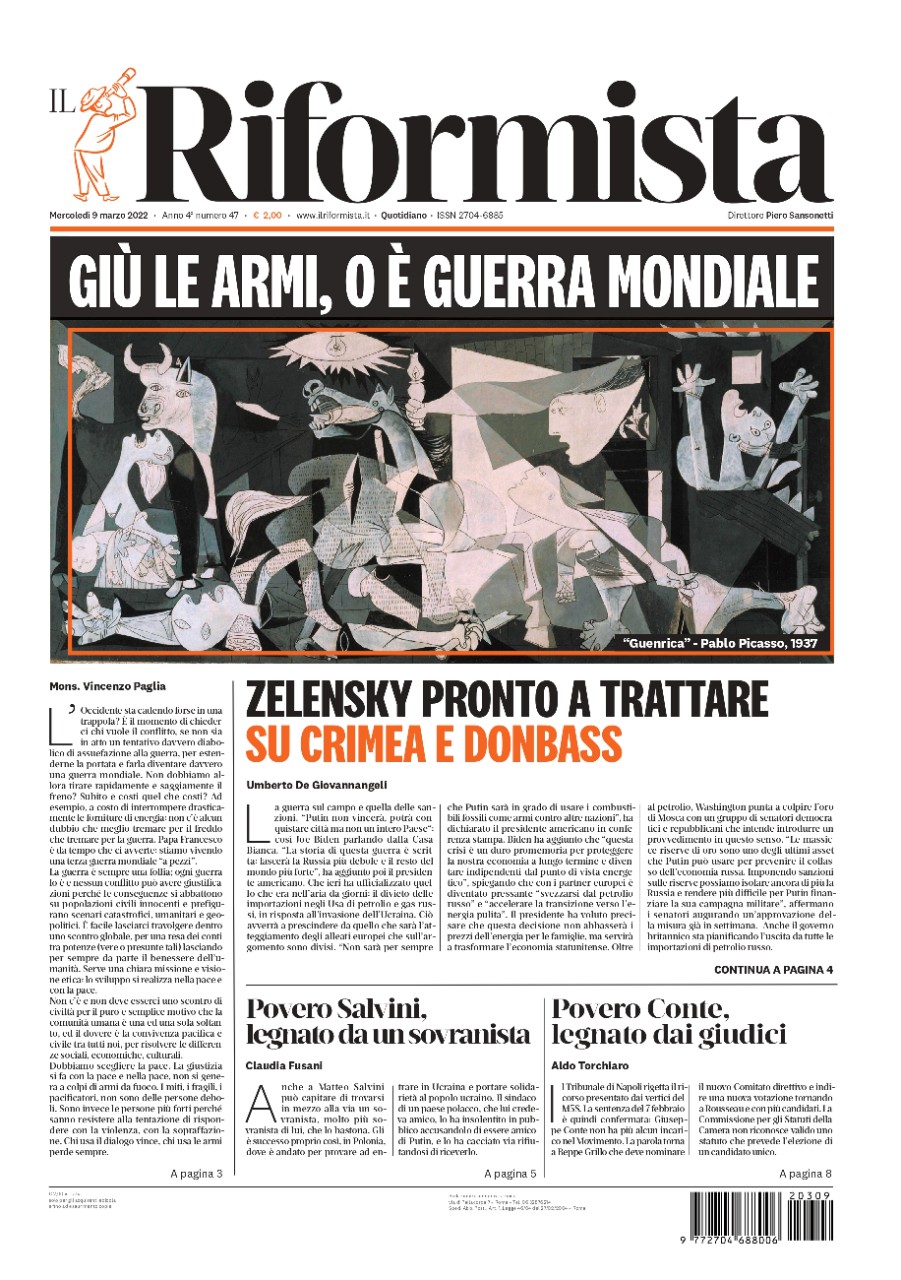