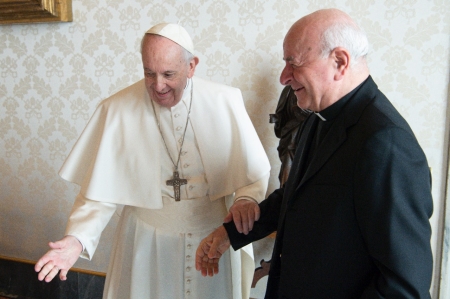 THE SPEECH AT THE TURIN INTERNATIONAL FESTIVAL OF ECONOMICS - June 2, 2022

Paglia: “Cultural momentum is needed to heal the country's rifts”.

Inequality is not a new phenomenon. Already Voltaire wrote: “In our unhappy world it is impossible for men living in society not to be divided into two classes: the rich who command, and the poor who serve”. Today, in the globalized world, growing inequalities are so relevant that they endanger the very coexistence of both individuals and peoples. And this is not only an economic issue; just think of racial inequalities, gender inequalities, inequalities in opportunities, and so on. If these inequalities are combined together, what is in danger is not only democracy but also the very coexistence among people.

In our country, Italy, there is an alarming disparity between the aging population on the one hand (there are 14 million Italians aged 65 or older - the second country with the largest number of elderly people in the world after Japan) and the sharp decline in population on the other hand (from 59.6 million people surveyed as of January 1, 2020, to 58 million in 2030 and 54.1 million 20 years later, to finally reach 47.6 million in 2070). And there is more. By 2040 one in five families will consist of a couple with offspring but more than one in five families will have no children. These data, gathered from the ISTAT (Italian National Institute of Statistics), tell us that the pandemic has caused setbacks in the well-being of the female population, especially for mothers with young children. But it has also been children, adolescents and the very young who have paid a very high price due to the pandemic and the restrictions.

In 2019, the employment rate for 25-34 year olds in Italy was the lowest of all European countries, with a particularly wide gap for girls. Italy has a dismal record in Europe for the number of young people between the ages of 15 and 29 who are no longer engaged in education or training or even engaged in employment. And Italy still does not offer adequate opportunities to the most educated and qualified young people. These are the real and dramatic inequalities. The pandemic has exacerbated pre-existing situations. And the ongoing conflict in Europe is fanning the flames of division but above all is casting a dark shadow on our ability to look to the future with confidence and hope.

What, then, is to be done? Certainly, something is moving. But it is still not enough. The government is about to make strategic decisions on restructuring healthcare in our country, which is populated by a large number of elderly people. Even Pope Francis is spending time in his Wednesday catecheses to emphasize that the elderly are a resource, not a burden. Awareness of fragility, when properly understood, can be a driving force for growth and development.

This is the great lesson of the pandemic: we have all rediscovered just how fragile and vulnerable we are – as society and as individuals - in the face of a virus that does not care about obstacles and borders. And the extraordinary choral response of scientists, in dialogue and collaboration with each other, has produced a vaccine - indeed multiple vaccines - in an incredibly short time. But the hope born of the response of science and that of governments - all in all close to the people - has been dashed by a senseless conflict driven by a wrong way of looking at international relations.

The rifts within each country between youth and adults, between adults and the elderly, between politics and citizens, need unprecedented measures to be healed. First and foremost, cultural momentum is needed: parties must now put aside their legitimate party divisions and they must do so as a service to the common good of the country at this epochal turning point. There will be no future without universal peace, without a clean environment (what will be the impact of war on our habitat?).

A new awareness is needed: the virus (and also this senseless war in the heart of Europe) has changed our world, and we must understand that only together will we come out of it. Actually, the lack of vision has perhaps generated the pandemic, even this war and the other wars that exist even if we pretend not to see them. In a globalized world - already in the 1960s we were talking about a global village - we can only save ourselves from inhumanity together. The sooner we obtain this awareness, the sooner we will take the necessary steps to establish fraternal equality among all peoples.

ALL RIGHTS RESERVED « Awareness of fragility, when properly understood, can be a driving force for growth and development. This is the great lesson of the pandemic»