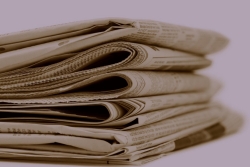 "Stop the war! In the name of God!" That was the cry of Pope Francis on Sunday at noon. His words are clear and unequivocal: "Faced with the barbarism of the killing of children, and of innocent and defenseless citizens, there are no strategic reasons that hold up: the only thing to be done is to cease the unacceptable armed aggression before the city is reduced to a cemetery. With an aching heart I add my voice to that of the common people, who implore the end of the war. In the name of God, listen to the cry of those who suffer, and put an end to the bombings and the attacks! Let there be real and decisive focus on the negotiations, and let the humanitarian corridors be effective and safe". Together with the condemnation of this inhuman invasion there is also the condemnation of war, of this war, of every war. It must be stopped immediately! We have repeated that several times on this newspaper. And the ways to end the war are not lacking. Starting with the economic blockade. Of course, negotiations must be ready to start at the same time. This requires a burst of political creativity of which there are no traces at the moment. Yet it will be necessary to look for it and find it. Phone calls are not enough. What is needed is real and effective political farsightedness, in order to emerge from this test with a renewed, wise and long-lasting European design.

I feel it is urgent to redesign the future and the political order of the continent. In 1989 the Berlin Wall fell and the Warsaw Pact was dissolved. We had the illusion that democracy was within reach for the countries of Eastern Europe, that it was immediate and easy to achieve because those countries had long wished and desired it. But every democratic political path is long, arduous, it also includes times when all seems lost and there seems to be a turning back. As we have seen in Bosnia, another war of the nineties. That war reminded us that our continent is anything but peaceful and pacified, unless there is a precise and decisive commitment in that sense.

The Warsaw Pact was dissolved, but NATO has remained there, intact and even enlarging. And here the questions multiply, but this is not the place to address them. It seems to me that this war drives towards a likely European defense. However, the following question must not be missing: who do we have to defend ourselves against? Today the answer seems obvious: we must defend ourselves against the resurgent Russian nationalism. Is this true? There is a further question: how do we really defend ourselves? We have cultivated the illusion that possession of nuclear weapons would serve to avert any further recourse to arms. And here we are, witnessing a conventional conflict where the civilians and the homes of ordinary people pay the highest price. As in the Middle Ages, as in the modern age, as in all other wars of the past.

War is useless, this war like all the ones before it and all the other wars in every corner of the world, from Syria to Afghanistan, from Africa and Latin America to the conflicts in Asia. We have called them "low intensity wars" but they are still wars!

It is necessary to imagine and build a different future, so that this conflict will be the last and serve as an example to search and identify new ways of coexistence among peoples. It seems to me that there are no alternatives: Europe is one. It has two lungs, of course - East and West have common and different characteristics - but it is always Europe. We can -we must- speak of a Jewish-Christian Europe, just to mention the most macroscopic common denominator. The first Pope who came from Eastern Europe, John Paul II, said so insistently. A Europe with two lungs connected by a wide zone, as it is in the human organism. So if this is true - and it is true, for the history, for the culture we share - it is essential to redesign a common future that embraces Europe from the Atlantic to the Urals.

Nowadays, the daily language speaks of conflict, economic sanctions, weapons, and the use of force. Where does the use of weapons take us? The invaders' plans have not reckoned with the proud and strong resistance and the dream of a quick conquest is shattered. Those who stand know that they must do so but at the same time they know that they will find themselves in a ruined, destroyed country with hundreds of thousands of refugees, a depopulated and disjointed country.

Should we be resigned? Far from it. But we must act creatively by bringing the whole continent to the political negotiating table. We are talking about the whole continent, because this conflict is so overwhelming - the forces in play are so powerful - that all countries must feel involved.

It must be made clear: the Europe we knew in 2021 no longer exists. The Europe of NATO, of the European Union, of the G7 that sometimes becomes G8, must be redesigned, coming up with a different political solution, marked by a project of political, economic, financial and cultural inclusion of all countries, no one excluded.

There is no other choice. Otherwise, we resign ourselves to conflict in a broken continent, or worse, a continent teared apart by conflict that irreparably escalates to major destruction. We must understand that today's wars are senseless on a human level first of all, and secondly they are senseless economically, politically, socially, culturally. All our countries are interconnected: in each country live citizens of other states; energy and economic resources flow between every country in a continuous and uninterrupted way. Do we really think we can stop these flows or use them as an effective retaliatory measure? Do we really think we can block the economy of one country while leaving all the others unaffected?

"Let there be real and decisive focus on the negotiations", Pope Francis said. His is the only reliable voice in this mindless rush to give voice to missiles and cannons. Only the negotiations are the tool that the history of men has been able to develop to find solutions. And today a solution is loudly called for by those who care about the future of the whole Continent. I repeat: a far-sighted policy will be able to show a way to all humanity. Because History is showing us a turning point. We are in the midst of a pandemic that has not yet been defeated; we are facing an environmental and climate crisis that will certainly not spare anyone; we are witnessing an epochal change in terms of new technologies that affect the human being. And Europe – Christian Europe, Europe of the peoples, the Europe of Humanism, Renaissance and Enlightenment, the Europe of the Wall that disappeared in the name of freedom - responds with war? But can we really still say: “Weapons solve problems”? No, this is not the West we are called to dream of and build. 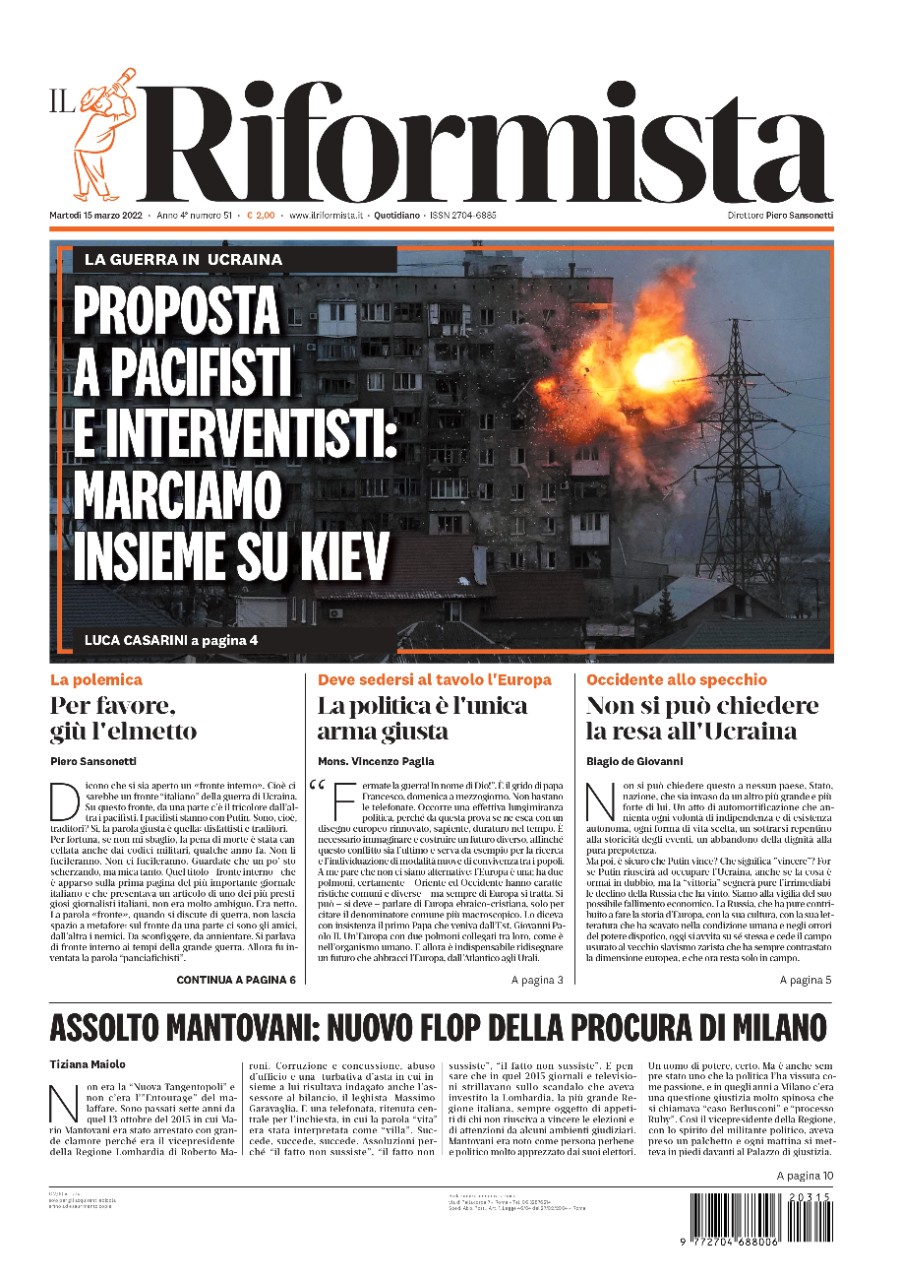